It has already been a little bit of a slow year for concert photography. For me at least. When I took over as Editor of ABORT Magazine I knew that I would be spending the majority of my time behind the scenes, as my staff are deserving of most every show, and while I have wanted to shoot some recent ones, I know it’s not in my best interest to snag all the good stuff for myself. That isn’t to say I won’t be looking at alternate arrangements to get back out there shooting, but for now – It will be the few shows that I really really want. 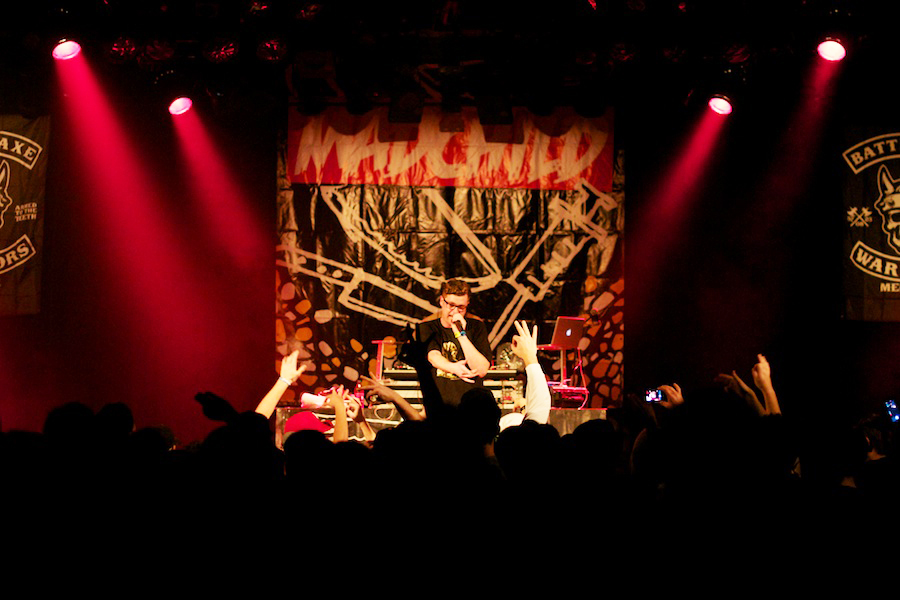 Starting off the night was Vancouver local (in fact the whole tour was locals) Cityreal. Cityreal has an uncanny ability to open a show to a packed floor. I have honestly never seen loyalty to an up and coming act that I have from his fans, on two occasions now. 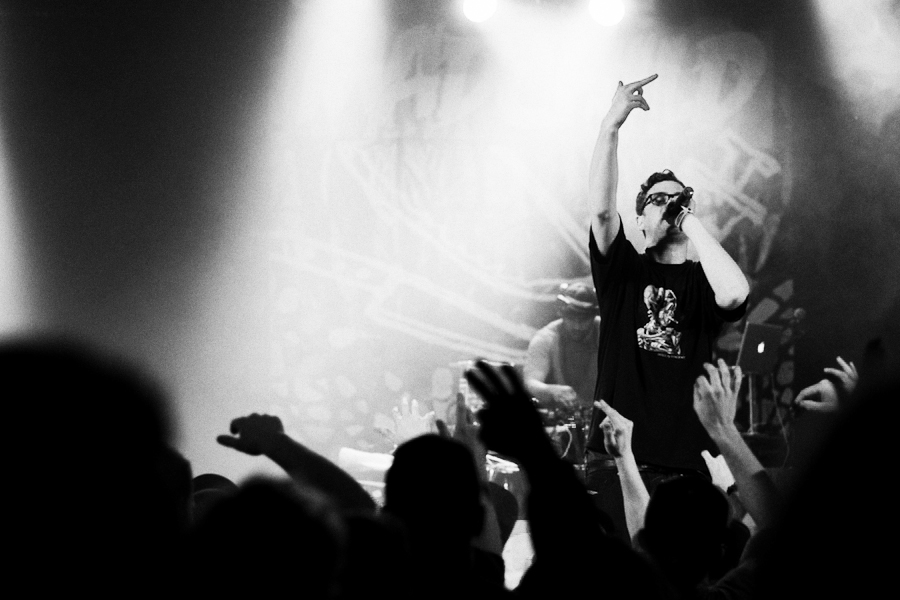 Cityreal gives it his all on stage. 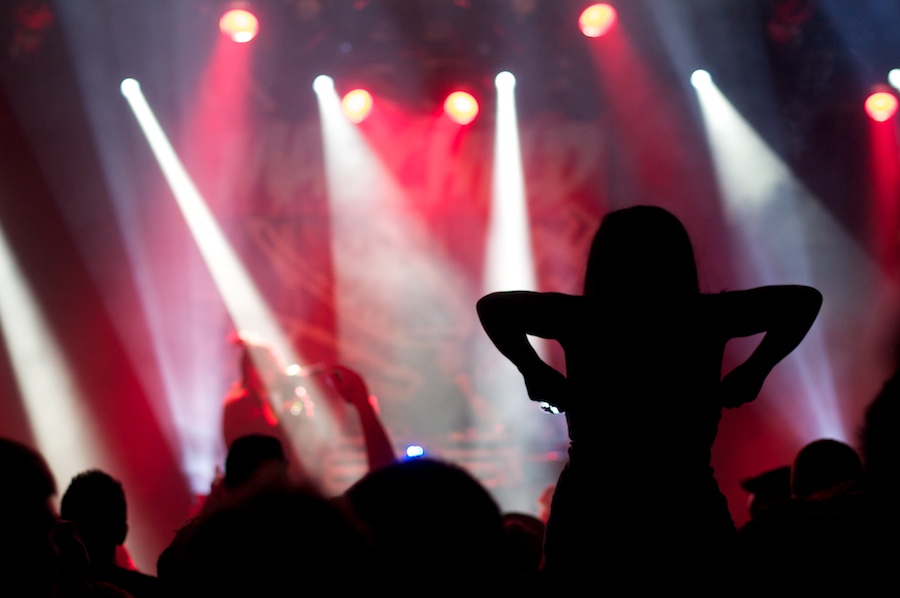 The lights were good at the show, and the crowd was very appreciative of the talent on stage… and showing their appreciation each in their own way…

Atlin, who was performing with Matt Brevner, second out of four acts at the show. 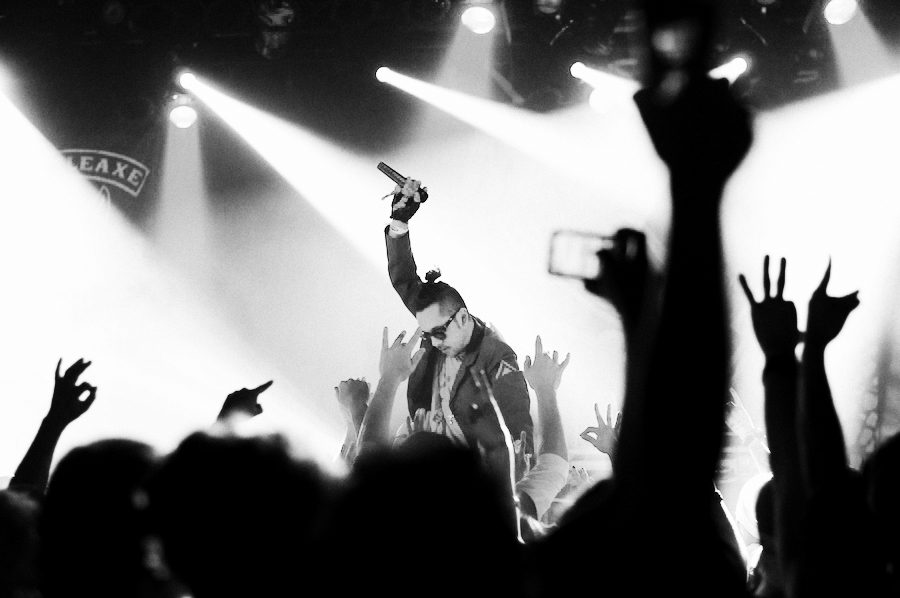 Matt Brevner, sporting the ‘bushido’ haircut in support of his recent album of the same name. 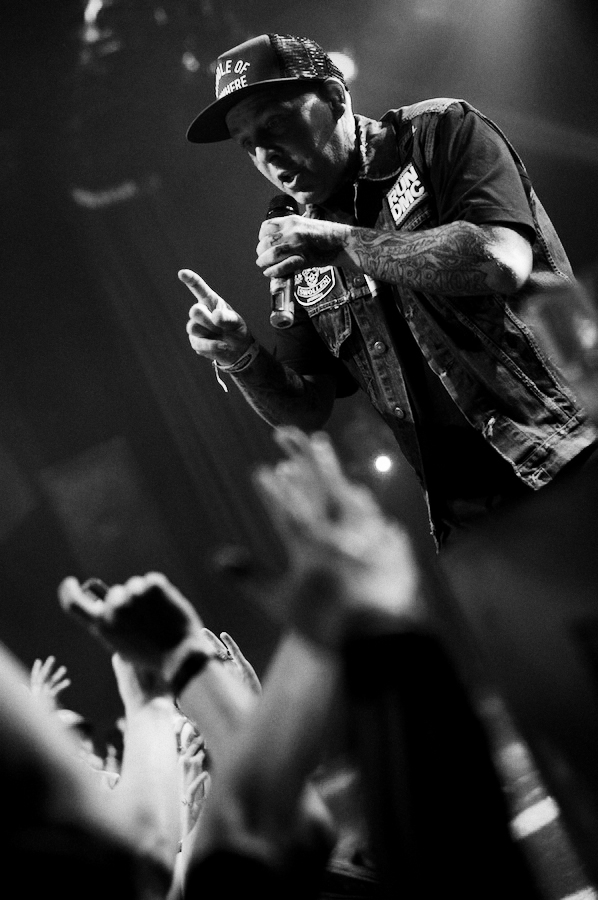 The man of the night, Madchild came out and made the crowd go wild. Personally, I think Dope Sick is one of the best albums out of Vancouver in quite some time. The whole disc from front to back is worth listening to (and I have, over and over) 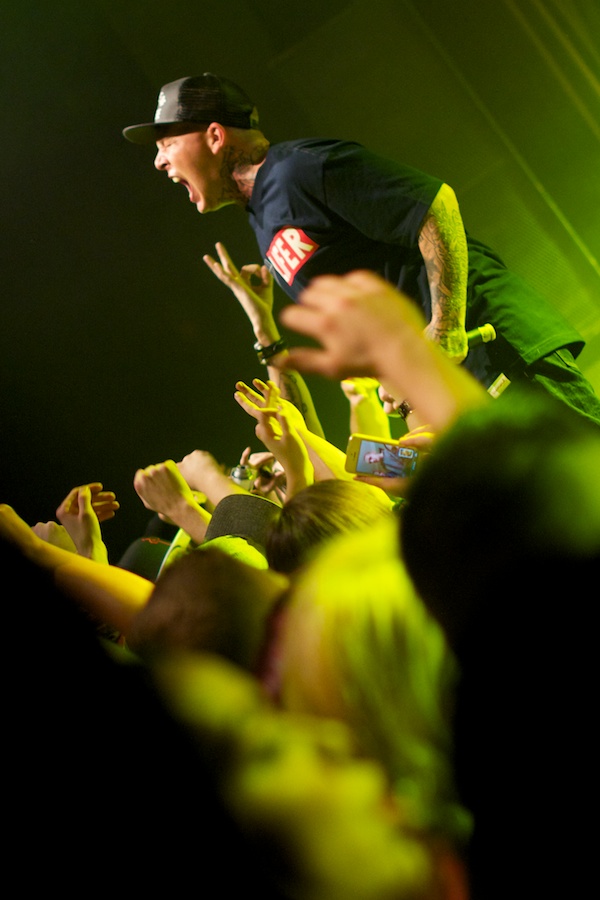 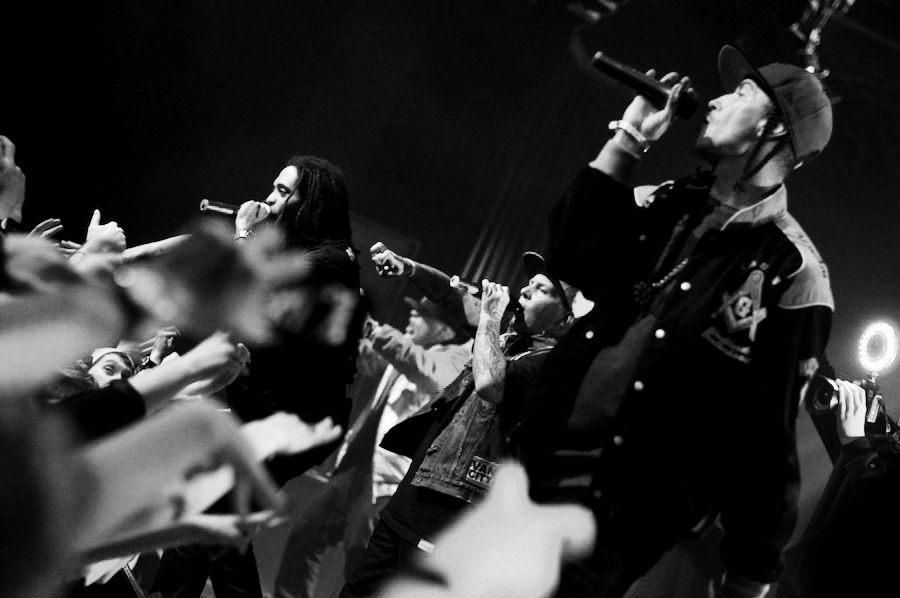 From left to right: Prevail, Madchild, Moka Only 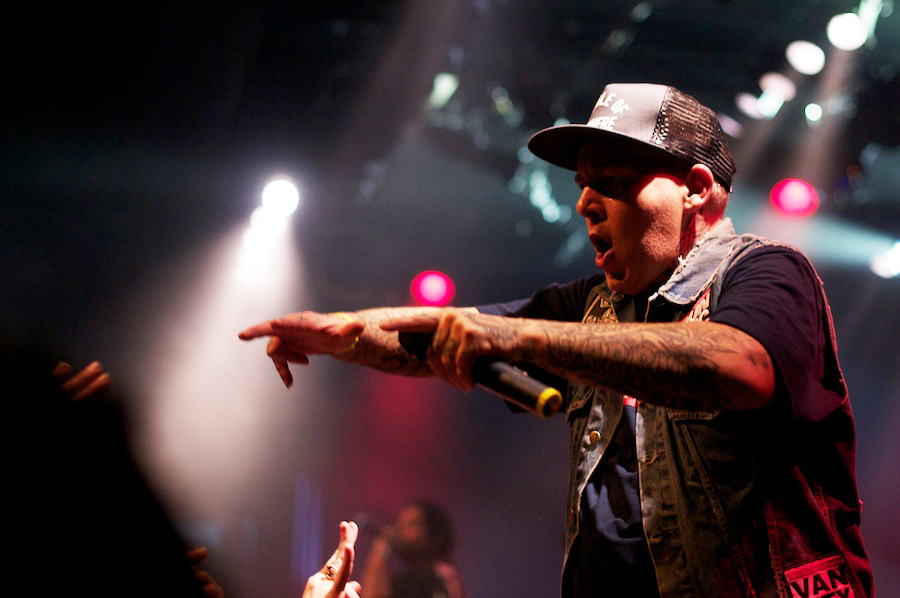 Madchild knows how to work the crowd, having had years practice with Swollen Members 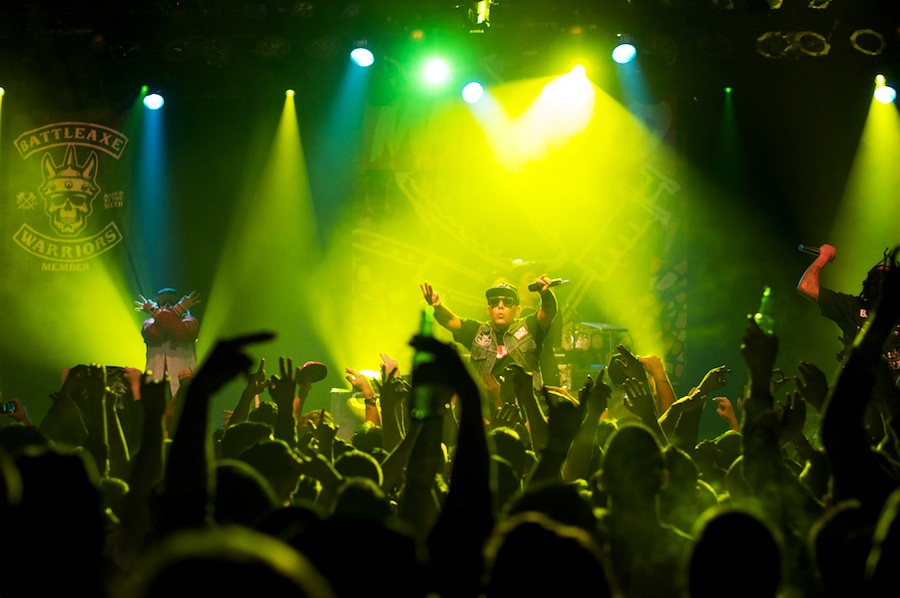 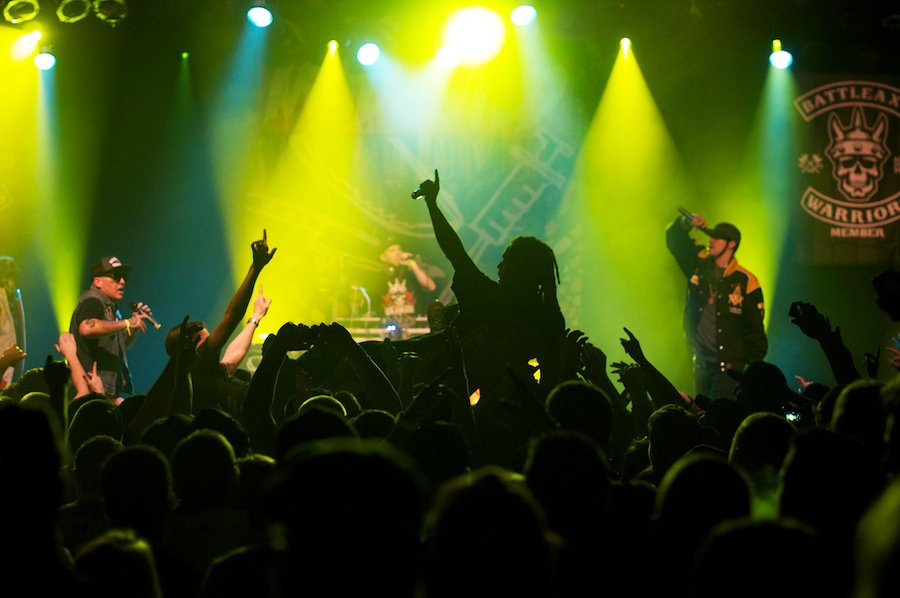 There was no pit, which is uncommon at the Commodore Ballroom, but if there had been, I wouldn’t have gotten this shot of Prevail crowd surfing. So it’s always a win win situation. 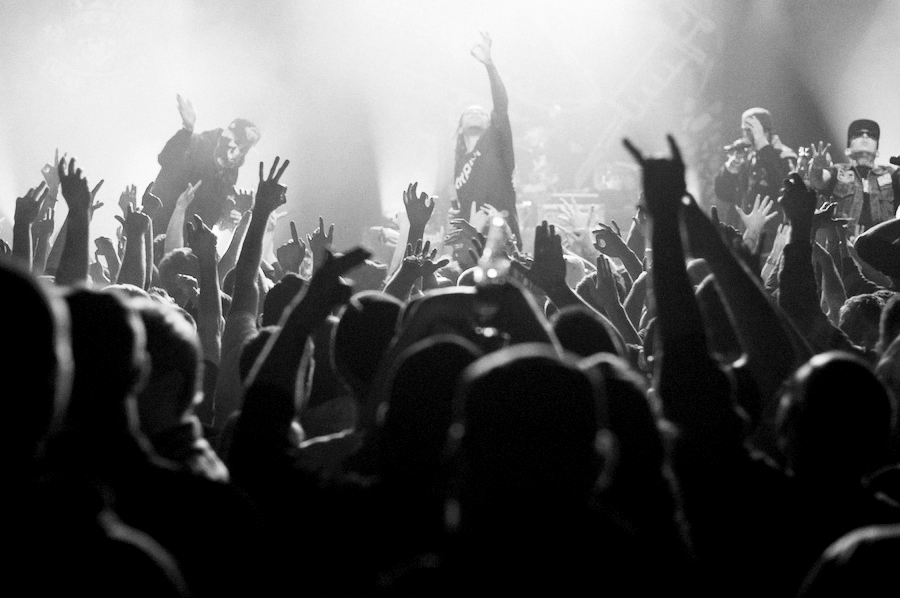 Back home after 40+ stops on the Dope Sick Tour, all the acts gave everything they had to an appreciative audience.