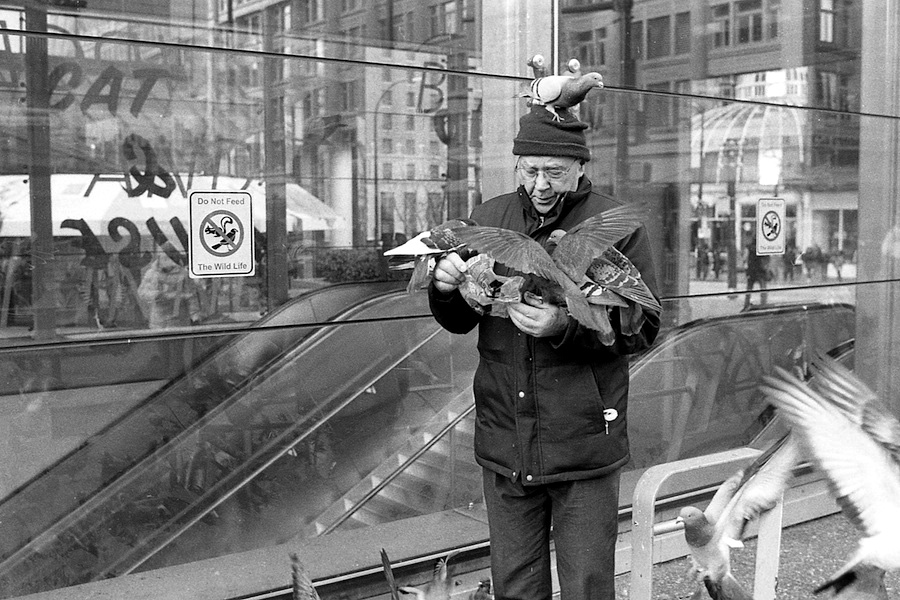 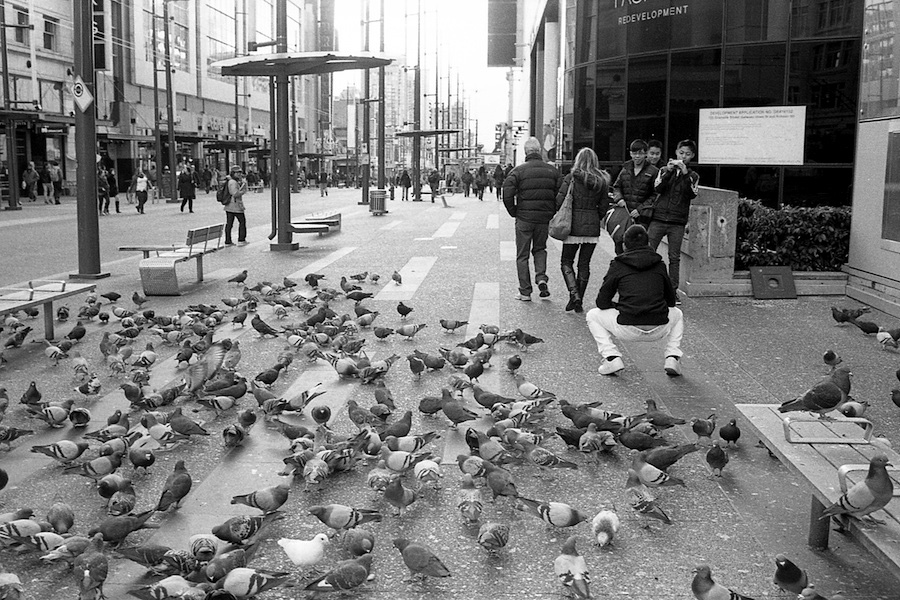 The corner of Granville and Howe is probably one of my favorite places to shoot. It’s wide open so there is lots of light, there are lots of pedestrians, and the street scene seems to revolve around it. 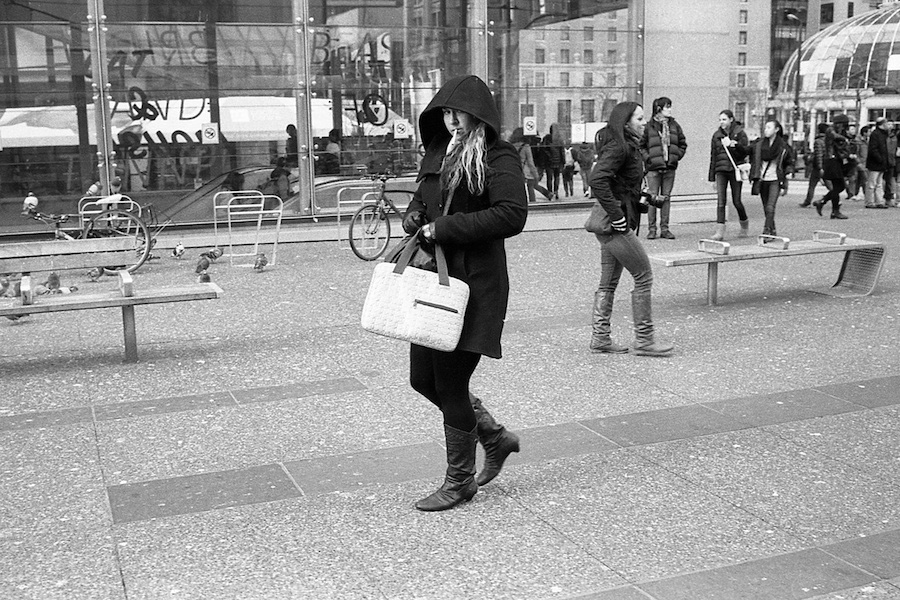 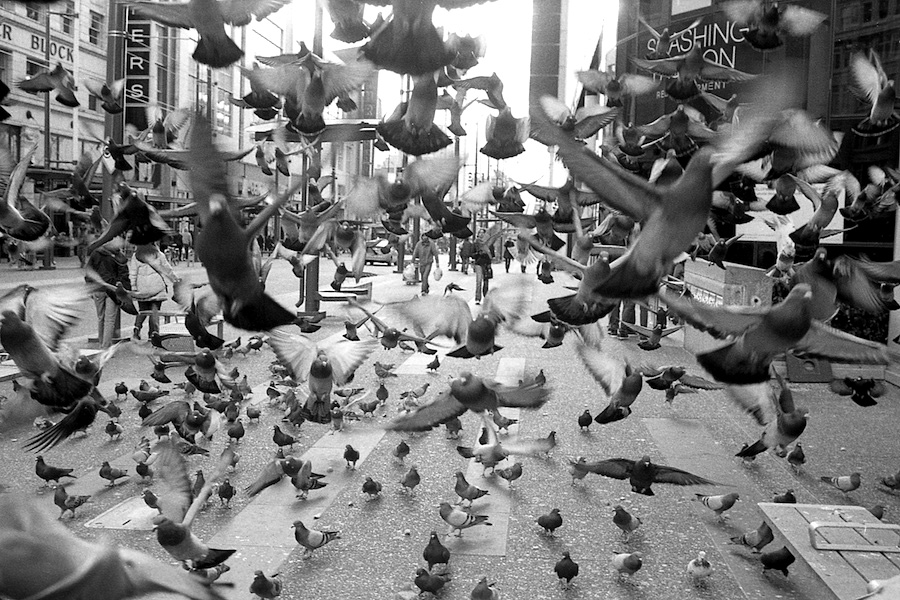 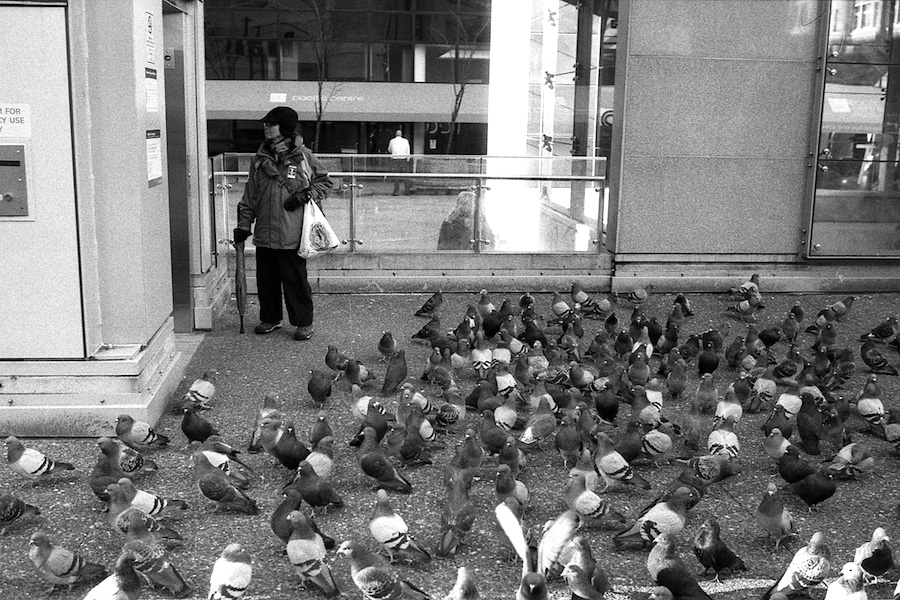 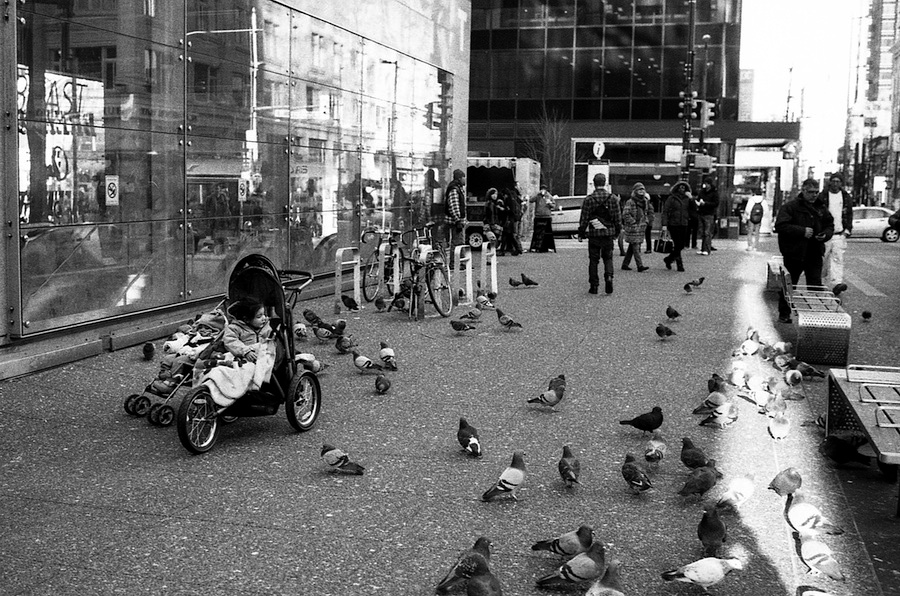 Dozens of pigeons flock to the corner because there are plenty of people with bread and seed coming by every day. 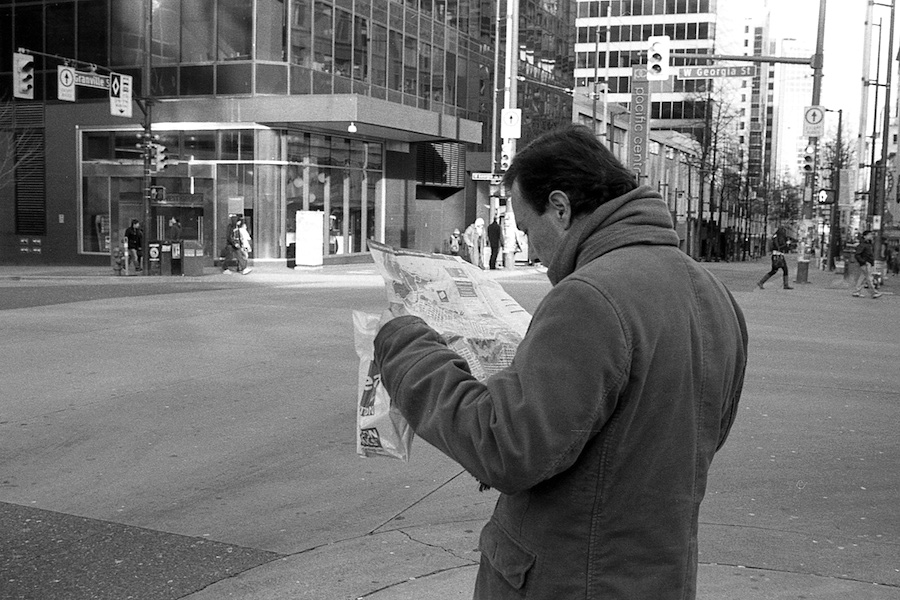 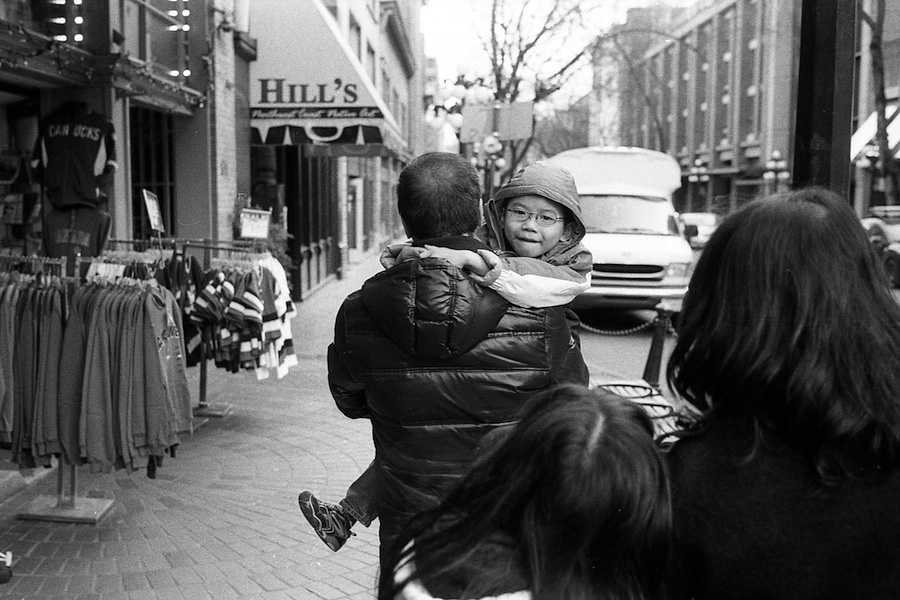 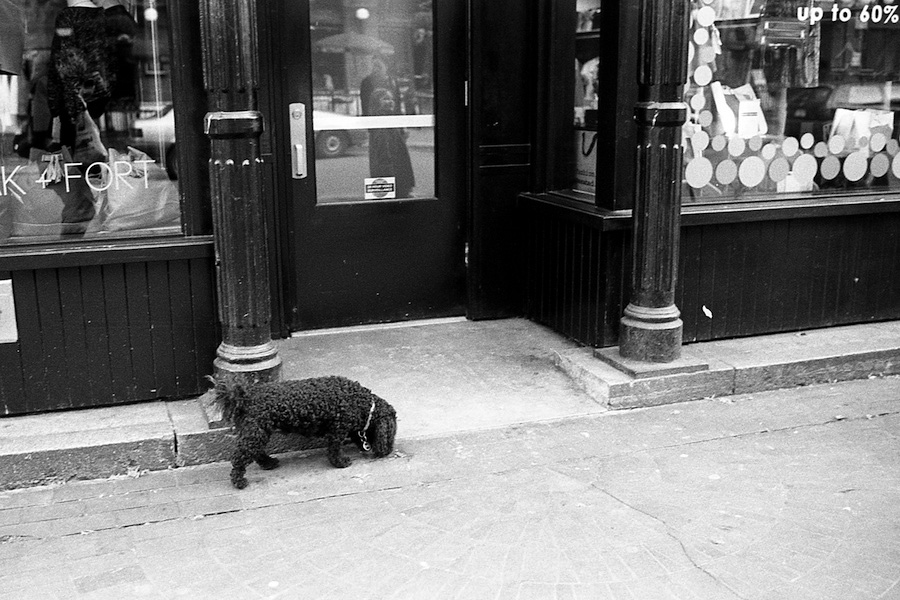 A bit of a straggler, following far behind his family. 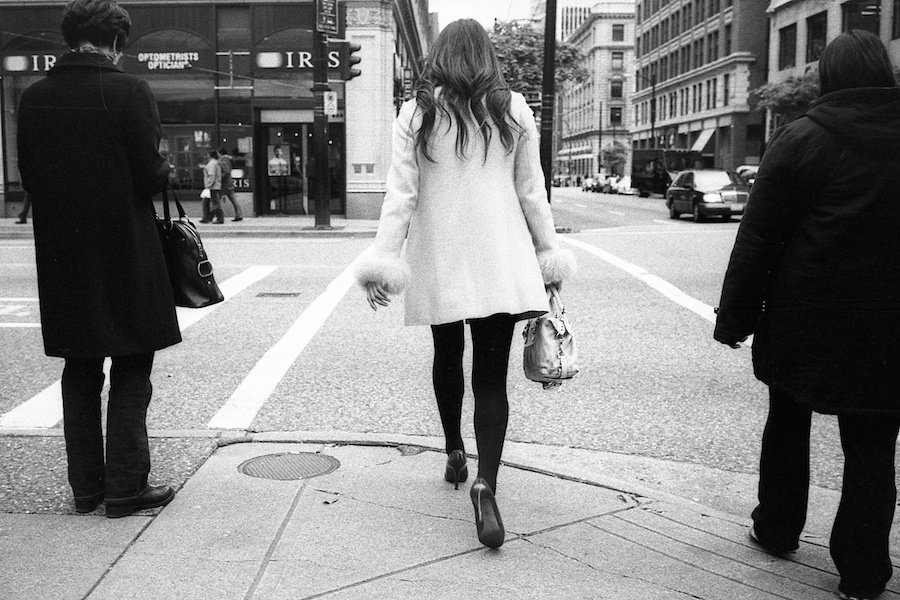 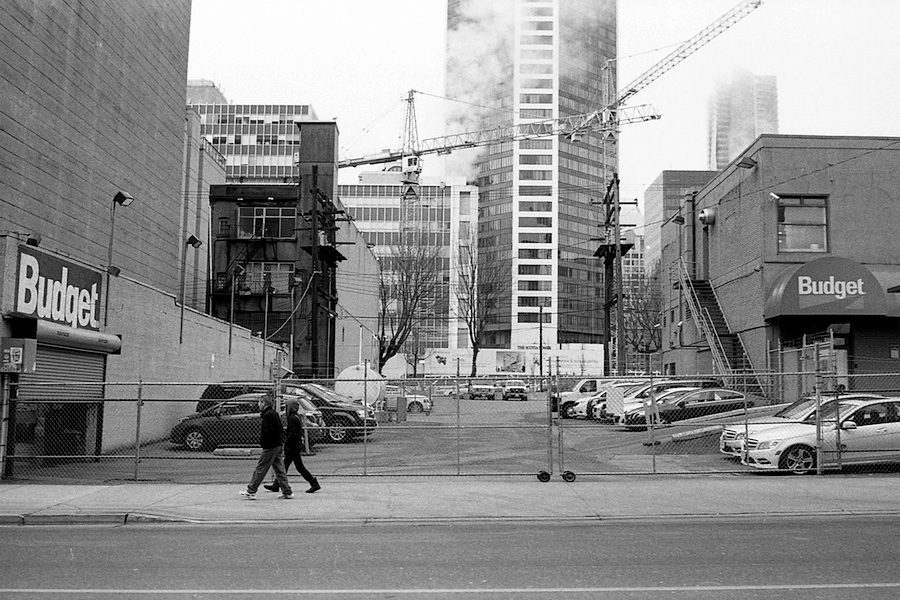 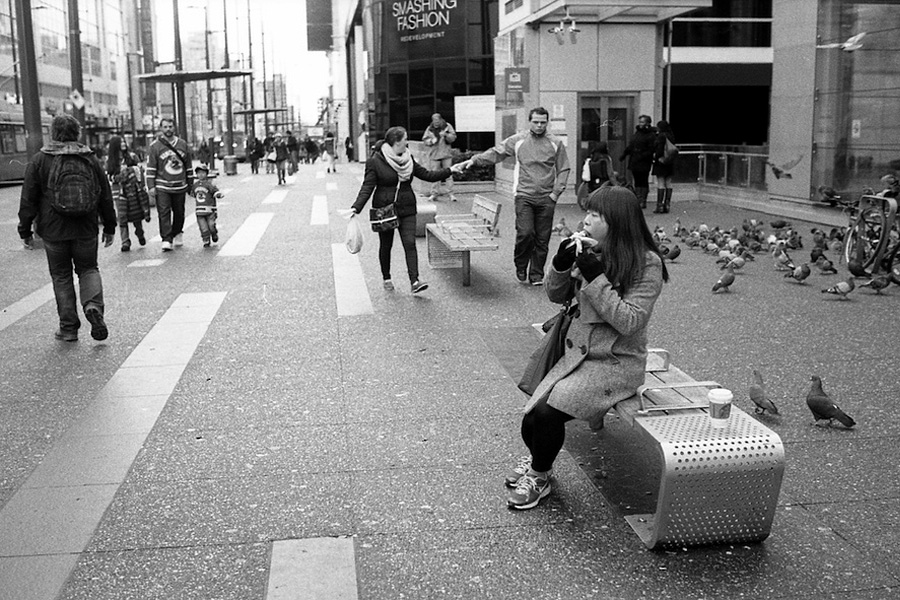 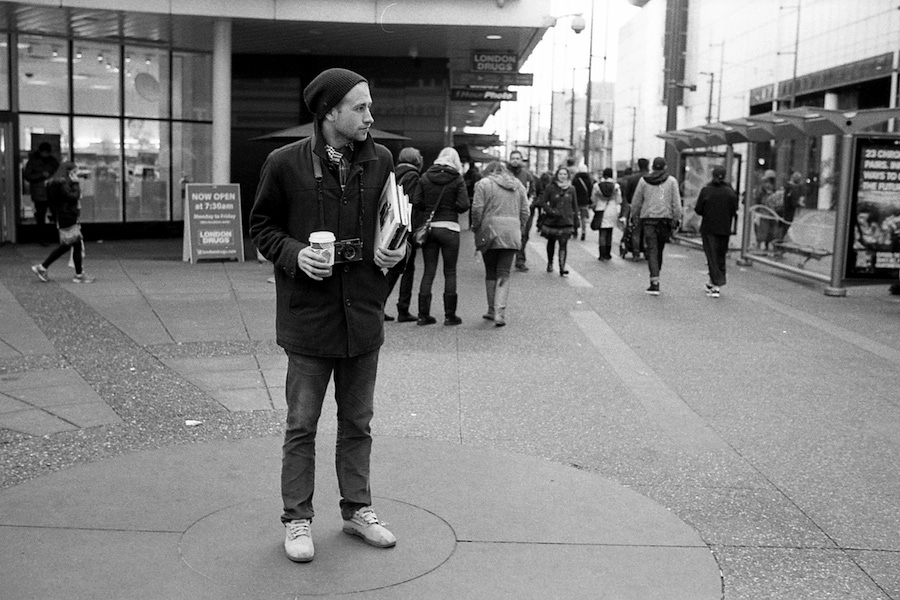 Bryan with his take from the Vancouver Public Library. Two Meyerowitz books, among a few others. 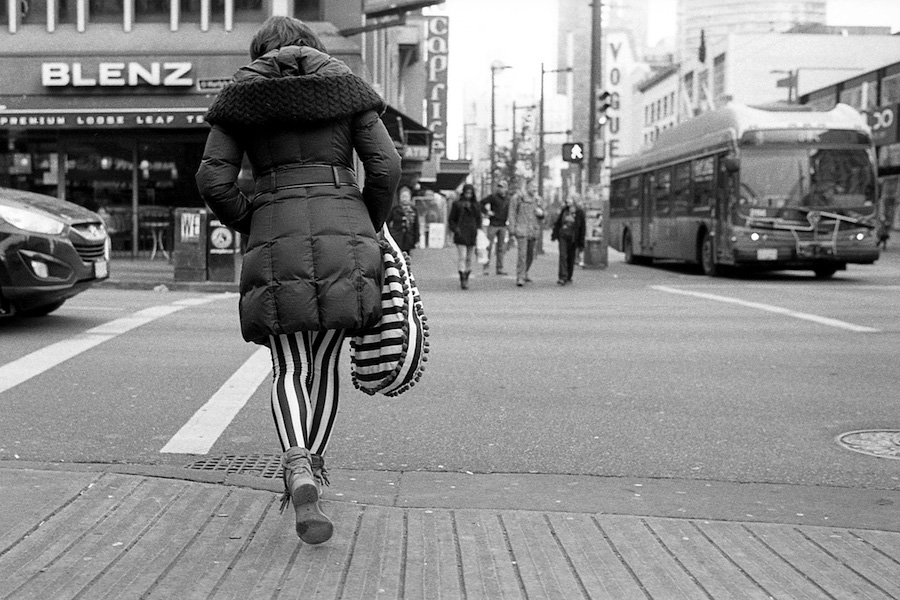 Stripes on stripes. Bryan and I saw this lady from across the street and had to make a frame or two each. 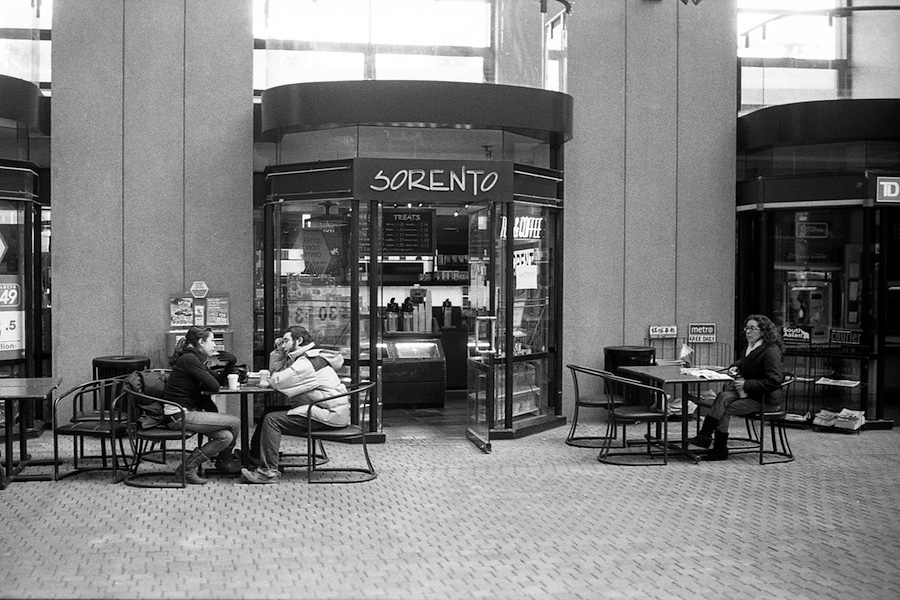 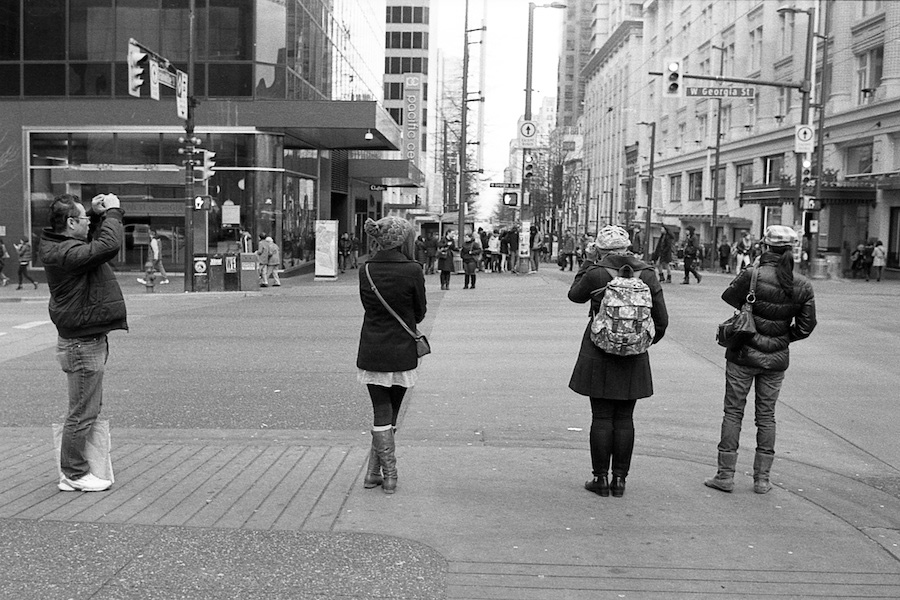 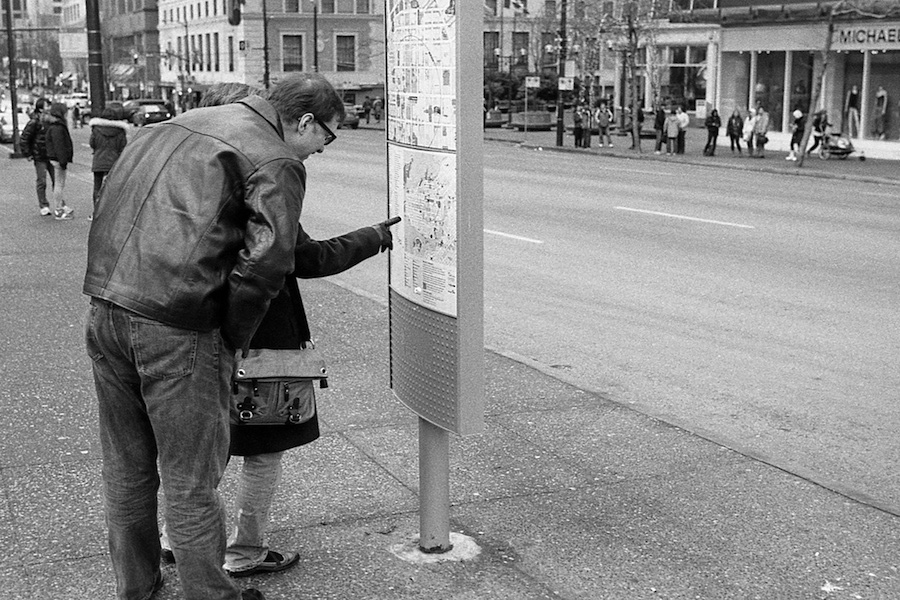 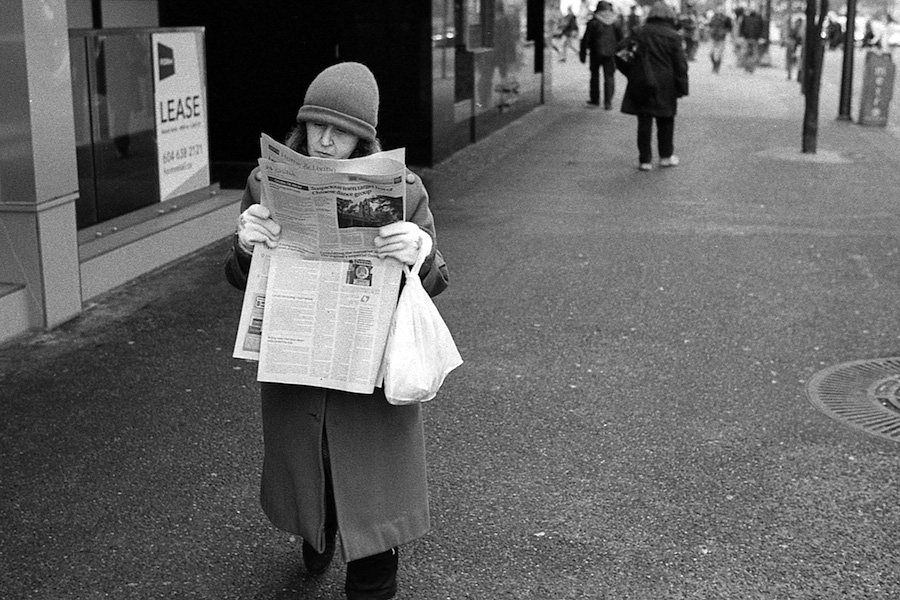 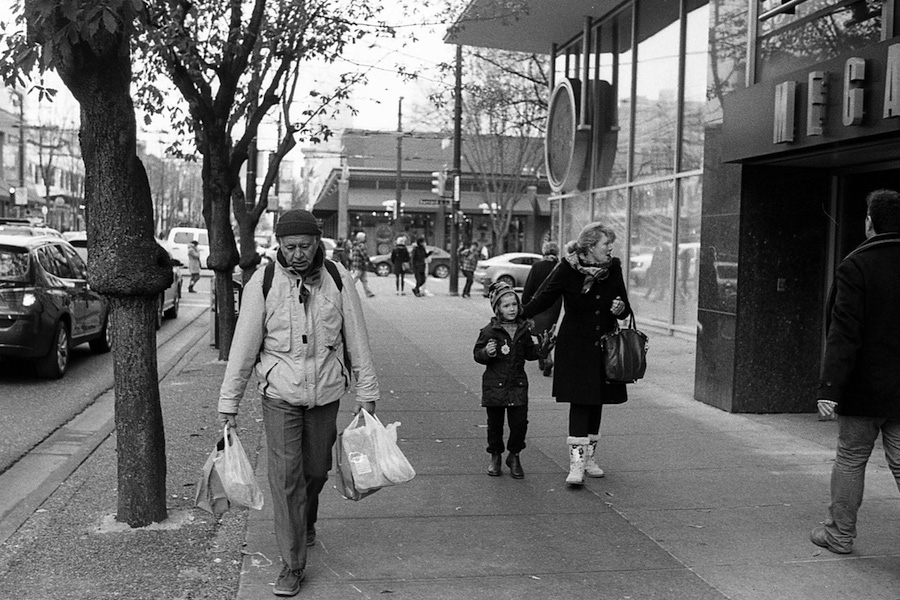 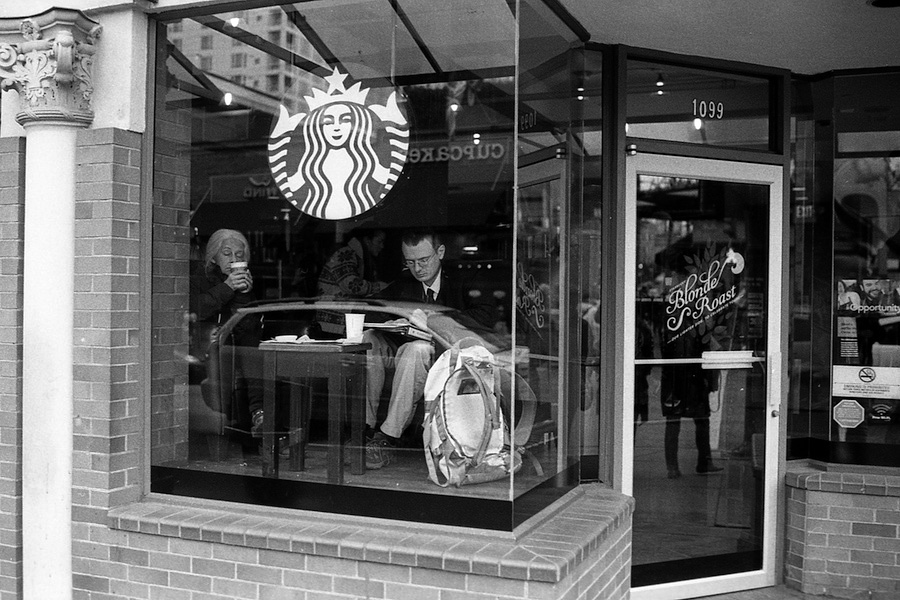 Taking a page from Herzog’s book, shooting into storefronts. 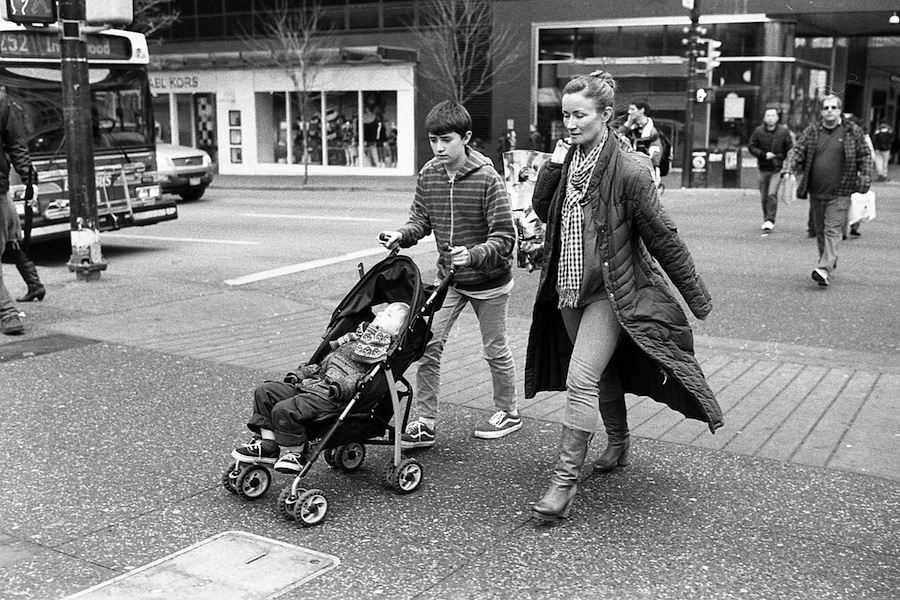 For those interested, the above images are from two rolls of Kodak Tr-x and one roll of Fuji Neopan, both shot at 400